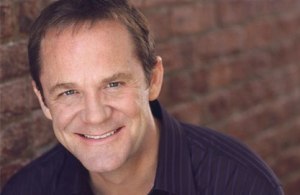 Rick is a highly regarded actor, singer, dancer and teacher with over 35 years of experience starring on Broadway, national tours, the concert stage, as well as the dance world. He has enjoyed a successful and diverse international career. His parents recognized his growing interests in art, music and dance. With a solid foundation early on in vocal technique and an interest in dance, he was pointed in the right direction. Rick’s professional performing experience commenced directly after high school. He was chosen to be a member of the Academy Award winning singing group The Young Americans, based in Los Angeles. He was also accepted to the Acting program at California State University, Fullerton. There he studied all aspects of the theatre arts, from acting technique with Gretchen Kanne and Kirk Mee, to scene study, makeup design, fencing and mime with Whitney Rydbeck. Rick returned to his native Chicago where he worked in the area theatres and studied dance with Lou Conte. The internationally acclaimed Hubbard Street Dance Company was in its infancy at the time and Rick became the first male principal dancer with the troupe where he appeared in two PBS TV specials. He had a long tenure with HSDC as a dancer, choreographer and teacher. His students have gone on to successful careers on Broadway, in film, television and stages around the world. His performing career took a large step forward when he was cast by the famous stage director Harold Prince in the First National Company of Andrew Lloyd Webber’s The Phantom of the Opera.  He starred as The Phantom for over 1200 performances, receiving a nomination for the prestigious Joseph Jefferson Award. He would go on to work for Mr. Prince in Parade, and again for Mr. Prince and Stephen Sondheim in the original cast (and recording) of Bounce. Broadway credits include: Caractacus Potts in the high flying Chitty Chitty Bang Bang, and Big Davey in the multiple Tony Award winning, Billy Elliot: The Musical, directed by Stephen Daldry. Favorite roles include, most recently, Fred Graham/Petruchio in Kiss Me Kate with his wife, Sarah Pfisterer, Henry Higgins in My Fair Lady in Boston also with his wife, Sarah as Eliza Doolittle. Also Henry Ford in the original Chicago company of Ragtime; directed by Academy Award winner, Frank Galati; Herbie in Gypsy with Karen Mason; Nathan Detroit in Guys and Dolls; Ebenezer Scrooge in A Christmas Carol; and Harold Hill in The Music Man. His longtime association with friend and esteemed voice teacher and media coach for NBC, Bruce Kolb, continues to inform his career, as both an instructor and a performer. Rick is also an accomplished artist. His landscape and still life paintings have been exhibited in area galleries and shows. (www.hilsabeckstudio.com)  Founding Wiremill Academy™ with his wife Sarah Pfisterer and Mary Jo Duffy, offers a wonderful opportunity to pass along some of his experience and passion to young people from all our surrounding communities. Rick is also a media coach in Westchester and Fairfield counties and in New York City, working with radio and television professionals.

B.M and M.M. from Northwestern University. Sarah is one of Broadway’s most esteemed leading ladies, having starred as Christine Daae in over 1000 performances of Andrew Lloyd Webber’s Phantom of the Opera, as well as an acclaimed portrayal of Magnolia in Showboat! (Both for director Harold Prince). Her experience as a successful actor and her passion for teaching, have led Sarah to a busy private voice studio. She finds joy in communicating the knowledge of her craft and takes great pride in her students’ many accomplishments. Her students have appeared in film, television, and on professional stages as well as having gone onto some of the top programs in the country such as, The Stratford Festival, University of Michigan, Boston University, Boston Conservatory, Manhattan School of Music, NYU Tisch School, Northwestern University, Vanderbilt University Blair School of Music, UCLA, Elon University, Boston University at Tanglewood, Pace University, Syracuse University and Berklee School of Music. Sarah had a solid foundation, graduating from Northwestern and discovered the professional experience in Phantom and Showboat to be an invaluable extension of that. Teachers include many leading pedagogists in the industry:Bruce Kolb, William Riley, Edward Zambara, Lorna Haywood, Sunny Joy Langton, Elizabeth Fischer, and Sherrill Milnes to name a few.   After a highly successful run in the New York company of Showboat! with John Cullum and John McMartin, she toured the show with Tom Bosley. Also on Broadway she was seen in Children and Art directed by Richard Maltby, celebrating Stephen Sondheim’s 75th birthday. Off-Broadway she played Anna Smith in Meet Me in St. Louis at the Irish Repertory Theatre directed by Charlotte Moore. Regionally Sarah has appeared in The Music of Andrew Lloyd Webber at The Kennedy Center in Washington D.C., Maria in Sound of Music (IRNE award – Independent Reviewers of New England – for Best Actress) with John Davidson and Patrick Cassidy, Julie in Carousel (IRNE award for Best Actress) with Shirley Jones, Marian in The Music Man (IRNE award nomination), Anna in The King and I (IRNE nomination), Belle in Beauty and the Beast (IRNE nomination), and Eliza Dolittle in My Fair Lady. A Metropolitan Opera semi-finalist, Sarah has sung in concert with symphonies around the world with performers such as, Rick Hilsabeck, Ciaran Sheehan, Michael Feinstein, Brian Stokes Mitchell, Betty Buckley and Ruben Studdard and has worked with conductors such as Michael Tilson Thomas and John McGlinn. She also made a recording of Jerome Kern’s “Oh Boy” in London under the direction of Mr. McGlinn. Sarah has a busy concert schedule, working with Broadway Pops International. She has appeared on The Today Show, The Rosie O’Donnell Show, and on The Food Network. A native of Milwaukee, Wisconsin, Sarah lives in beautiful Wilton, Connecticut with her husband, actor and fellow Wiremill Academy™ Founder Rick Hilsabeck. She also teaches professionals in New York City.

Mary Jo Duffy discovered the joy of teaching and directing children after years of performing on Broadway, internationally, and in film and television before co-founding Wiremill Academy™ with her three dear friends and colleagues. Wiremill Academy™ is the exciting result of a series of serendipitous circumstances that coincided to make this dream happen and we are all very excited to embark on this theatrical journey together! Mary Jo began her formal vocal training with Metropolitan Opera singer Mimi Lerner in Pittsburgh, PA, and went on to study with Lorenzo Malfatti and Margaret Ross at Chatham University as a Minna Kaufmann Ruud voice scholar. Mary Jo continued her vocal training after college with Beatrice Krebs at Carnegie-Mellon University before moving to New York City where she studied extensively with Tony McDowell. Mary Jo played Liberty in Tom O’Horgan’s Senator Joe on Broadway, Magnolia, in the European tour of Showboat, and has spent years working in regional theatres across the country, as well as industrial trade shows and television commercials. Mary Jo’s regional credits include Shelby in Steel Magnolias, Maria in West Side Story, Julie in Carousel and Laurey in Oklahoma. Mary Jo has worked with film director David Lynch at BAM and has performed as a soloist in several Columbia Artists Concert tours across the country. Ms. Duffy has been directing the musicals at various public and private schools in Connecticut for the past eight years as well as guest directing for many independent arts organizations.  Ms. Duffy’s private voice students have been accepted into such elite summer theatre programs as Interlochen, Walnut Hill, and Carnegie-Mellon University. Many of Ms. Duffy’s vocal students have graduated high school and earned acceptance into theatre and musical theatre programs at Northwestern University, NYU, CCM, CMU, University of Michigan and Oberlin College to name a few. Mary Jo is thrilled to have Wiremill Academy to call home and to continue to teach musical theatre, drama, and private voice. Ms. Duffy is looking especially forward to watching Wiremill Academy™ flourish into a quality educational experience for young people! Member AEA, SAG.

Heather DeLude is a former Chicago and Los Angeles-based actress who trained and performed with The Second City Conservatory, ImprovOlympic, ComedySportz, and The Annoyance Theater working with master teachers such as Del Close, Paul Sills, Martin de Maat, Joe Bill, Mick Napier, and Gary Austin. Additionally, she studied in workshop settings with cast members and writers of Saturday Night Live, Mad TV, The Groundlings, 30 Rock, The Daily Show, The Colbert Report, Upright Citizens Brigade, and more. Heather is also a certified teacher of English and theatre who works at Wilton High School and also directs Freeplay, A Night of Improv Comedy. She continues to perform in professional and community theater throughout the area.

Kelly began her dance training at age 3 at the Ridgefield Conservatory of Dance under James Robey, and continued her training at Fineline Theatre Arts under Elizabeth Parkinson, Scott Wise, and Mary Ann Lamb. After graduation from high school, Kelly attended Pace University in NYC and studied under Rhonda Miller, Lauren Gaul, Laurie Kanyok, and Scott Jovovich. At Pace, she performed works by Andy Blankenbuehler, Jessica Lang, Chloe Arnold, and Jason Samuels Smith. She has also studied under Twyla Tharp, and performed works such as The Fugue and Burundi Drums. She graduated Summa Cum Laude from Pace University with a B.S. in commercial dance and psychology.      Professionally, Kelly has performed in many productions across the country. Most recently, she performed in the national tour of Chicago as Hunyak, and understudy for Roxie Hart. She has been seen on the national tour of 42nd Street, which was helmed by the 2001 Tony Award-winning team of Mark Bramble and Randy Skinner. In addition, Kelly performed in Holiday Inn at Paper Mill Playhouse, who was the recipient of the 2016 regional theatre Tony Award. It was directed and choreographed by the 2016 broadway team of Gordon Greenberg and Denis Jones. She has performed at North Shore Music Theatre, Westchester Broadway Theatre, New Bedford Festival Theatre, and Surflight Theatre. Favorite credits include My Fair Lady, Anything Goes, and Crazy For You. Kelly was the associate director and choreographer, as well as a featured dancer in the role of The Girl in Green in Singin’ in the Rain at Theatre by Sea. She has performed in the NYFW Desigual show with choreography by Ryan Heffington, and she performed at the International Music Awards presented by Rolling Stone in Berlin, Germany with Iggy Azalea.

In the theater world, “tech week”–the final week of rehearsal–notoriously breeds chaos and stress. Yet for the Wiremill Academy actors, that could not be …